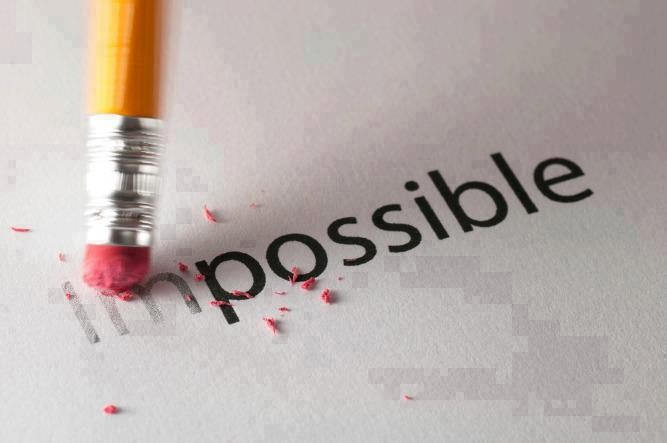 “History never ends and is about to be made.“

History is made every single day. No day passes without something, somewhere being invented, created, built, solved, rethought, improved….by someone. We just might not have heard of it.

Human knowledge does not expand and express itself at specific temporal or generational marking points. It expands every day. Every hour. Every minute.

Right now  someone somewhere is coming up with the future social media platform that will in time consign Facebook and Twitter to the shelf of historical relics.

Someone else is composing the next great symphony while drinking a cup of instant coffee in his DIY garden shed, while on the other side of the world, at the same time, someone tasked with cleaning test tubes in a lab for the ‘real’ scientists is quietly ruminating about ideas that will eventually solve a scientific problem that will will render currently accepted ‘facts’ obsolete or plain wrong.

It’s happening all around us. Right now.

What we last year or last week considered ‘impossible’ may today be a reality.

Imagine travelling back in time just 30 years. You are having a conversation with a friend at the local library.  Rows of dust-speckled books adorn the shelves that stretch across the dim-lit aisles. In hushed tones, people are scampering about trying to find that one book they need.

Then, out of the blue, you have an eureka moment!

You suggest to your friend something that that one day in the distant future will enable all the knowledge mankind has accumulated  through the ages to be accessed on a handheld device simply by pressing a few buttons (you might have to tell them about mobile phones too!).

It would change the world forever.

Practically anything you wanted to know would literally be just a click of a button away no matter who or were you are (except perhaps if you live in North Korea or are part of an indigenous Amazonian tribe).

When put like that it would sound to him like something out of Star Trek (which was actually around 30 years ago for any fans!).

Of course nobody 30 years ago would have imagined that the internet and, more recently, the smartphone and digital revolution would make this wild idea an everyday reality for billions of people.

If you went back say, 300 years, and said the same thing, you might well have been locked up (or worse) for heresy or ‘witch tales’.

So when someone uses the word “impossible” to rebuke an idea or put you down, dare to challenge them. Disagree!

Because anything is possible. You may just not have done it yet.

The realm of what humankind has not yet discovered or invented (or even thought of) is limitless.

You don’t need to be a scientist, believe in God or have a university education to know that humankind, ordinary people like you and me (and your friend in that dusty old library) will discover, create, build and invent things and solve hereto unsolved problems and answer questions in fields such as science, medicine, astronomy, mechanics, construction and others, that seem beyond us today.

It will happen. The only questions are when and by whom.

Perhaps you’re thinking that may be so, but ‘such people’ are geniuses or great leaders whose fate it was to achieve this or that or whose natural intellect, talent or ability allowed them to invent or achieve something amazing.

Maybe you’re thinking, I’m just a normal person so I should not aspire to such lofty heights. Besides, I was taught to be practical and realistic. To think small, not risk too much and thereby not be too disappointed (or destitute) if things don’t work out.

Two things I’d say to that.

First, these so-called ‘great’ people were not born ‘great’. We are all born the same and made of the same stuff. Of those who ‘achieved’ in some walk of life, many did so out of circumstance or necessity. More still by accident or experimentation. The vast majority however, by sheer determination and perseverance.  These people grew up with the same doubts and experienced the same setbacks and failures the rest of us do. They were not superhuman.

So did they get lucky? What separates these people from me? Can I aspire to greatness or is greatness reserved for a chosen few?

Absolutely you can. And you must!  Regardless of your background, your past or where you are in your life.

The great Carthaginian General Hannibal Barca who led his troops with elephants across the Alps and almost conquered Rome during the Second Punic War was the son of a great military leader and effectively inherited his troops and their loyalty.  That does not diminish his achievements or standing in the annals of military history.

Mozart, the famed Austrian composer, was born into a musical family and was the son of a famous composer (Leopold Mozart) in his own right who directed his and his older sister’s musical education from a very young age.

Isaac Newton, the man who ‘discovered’ gravity, was an undistinguished student in his youth as was Albert Einstein (a name now synonymous with ‘genius’), Charles Darwin (the evolution guy) and Winston Churchill, who defied the Nazis and helped turn the tide of the war against Germany in WW2.

Second, every life is a story.  Don’t let anyone else write yours.

Be your own storyteller and the world will listen. Follow your dreams and your life will be an inspired one. Share what you learn along the way and you will inspire the world forever.

This blog offers a glimpse into the lives of people who have overcome personal challenges, false starts, u-turns and down-turns and more to overcome adversity and challenges and achieve what they once thought, or were told, was impossible.

These are their stories.